Navigating the PTAB: A Primer on The Patent Trial and Appeal Board 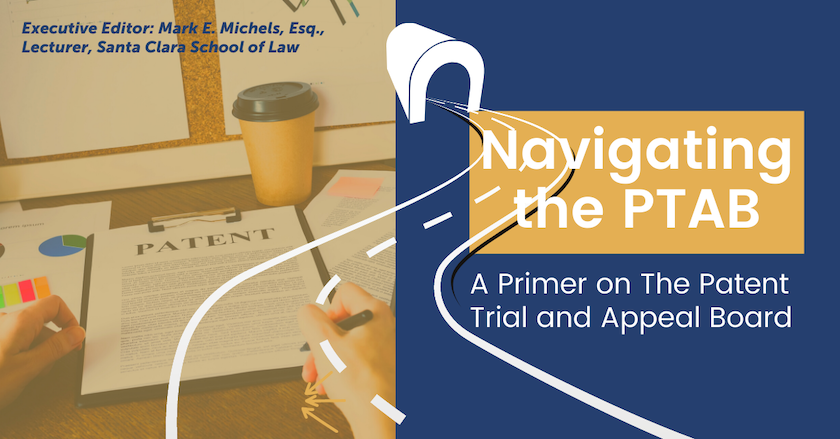 By: The Michelson Institute for Intellectual Property

Ten years ago Congress passed the America Invents Act (AIA). One AIA goal was to create an expedient and less costly patent dispute resolution process. In so doing it created the Patent Trial and Appeal Board (PTAB). The PTAB has proven to be faster and cheaper than Federal courts, however, inventors and others have criticized how the PTAB has executed its mandate.

While there will be challenges and changes, the PTAB is here for the foreseeable future. This article describes PTAB proceedings, presents a recent activity snapshot, and highlights the differences between PTAB and Federal court trials.  This article also offers some ideas for inventors to survive at the PTAB. We close with some thoughts about the future and how inventors can use PTAB knowledge strategically.

Patent Trial and Appeal Board Proceedings

Ex Parte Appeals. An applicant can request an ex parte appeal if an examiner (1) rejects an application twice or (2) issues a final rejection. Applicants submit a written brief and deliver an oral presentation in support of their position. The PTAB will then either affirm or reverse the examiner’s rejection. Historically, the PTAB has reversed examiners 40 percent of the time.

Patent Trial and Appeal Board Trials

Post Grant Reviews. PGRs allow for broad patent validity challenges which must be brought within nine months after a patent is issued. Between October 1, 2020 to September 30, 2021 (FY21) Only seven percent of PTAB petitions were PGRs.  In FY2 93 percent of PTAB proceedings were Inter Partes Reviews.  Unlike PGRs, IPRs are limited to novelty and non-obviousness and only on patents and other printed publication prior art.

Patent Trial and Appeal Board Activity

Here is an activity snapshot for FY 21:

Patent Trial and Appeal Board Trials

The PTAB process has two phases: institution and trial. Once a petition is filed, the patent owner has three months to file a preliminary response. At this point the PTAB decides whether or not to institute a nine-step trial. The PTAB must issue its decision within 12 months, although six-month extensions are possible.

In the institution phase, the PTAB decides whether there is a reasonable likelihood that the petitioner would prevail on at least one claim. The PTAB may decide not to initiate an IPR if: (1) the same prior art or arguments were previously presented to the examiner, (2) if the petitioner failed to make a showing of material error, (3) if other IPRs are pending, or (4) if there is pending Federal court litigation.

To comply with AIA mandates PTAB trials differ significantly in speed and scope than in Federal courts.

Time to decision. The PTAB must issue a final decision within one year of institution. By contrast, patent trials often begin two to three years after complaint filing.

Validity Presumption. In Federal courts a patent is presumed valid requiring a plaintiff to provide “clear and convincing” proof that a patent is invalid. At the PTAB, a party need only prove that more likely than not the patent is invalid, making patents easier to invalidate at the PTAB.

Standing. To have standing in Federal court a party must show that there is an actual dispute between the parties. There is no such requirement before the PTAB and virtually anyone (except the patent owner) may institute an IPR, including unknown infringers or competitors.

Discovery. Discovery scope, types, and processes are more limited before the PTAB than in Federal court.

Litigation expense. PTAB trials are cheaper than Federal court litigation. According to the American IP Law Association an IPR may cost an average of $500,000, while litigation in Federal court can range from $700,000 to $4 million (and in many cases much higher).

Inventor-Initiated IPRs. For some inventors, invalidating a competitor’s patent may be part of an inventor’s business strategy. Filing an IPR (or PGR) may be cheaper and easier than going to Federal court.

Here are some actions an inventor may consider if the patent is core to the inventor’s business and is likely to be attacked at the PTAB:

There are several actions (many free or low cost) an inventor may consider to improve their PTAB odds. Keep in mind that adversaries may pay patent litigation attorneys more than $1,000 per hour to demolish a patent.

Understanding the patent processes’ complexity and dynamics will help an inventor develop a good business plan and IP strategy. The Michelson Institute for Intellectual Property and many universities have educational resources available to inventors.  The USPTO has several resources, including those at its Pro Se Assistance Program website. There are also many prosecution and litigation conferences and webinars available to inventors, several of which are free.

3) Conduct an extensive prior art search

An extensive prior art search will help inventors develop patents that minimize invalidity determinations. Inventors should search their own articles, presentations, and foreign patents since these can be prior art. Adversaries often have the resources for exhaustive prior art research. Here is a free USPTO resource to help an inventor search for prior art.

A good record may help the PTAB decide not to institute an IPR because there was no material prosecution error.  This approach may be risky though because the record may provide an adversary with evidence that the inventor surrendered some claim scope during prosecution.

PTAB trials move fast. Being prepared helps minimize expenses, disruption, and stress. Start with the PTAB Trial Guide and walk through the process to determine a course of action, including identifying sources of required information for the mandatory initial disclosures.

Precious time is lost finding counsel when the PTAB clock is ticking. The inventor should identify counsel, in advance, that:

The inventor should understand counsel’s billing structure and other litigation costs such as those for experts and discovery professionals.

Inventors should identify back-up counsel in case their preferred counsel is prevented by conflicts of interest rules from representing the inventor or is otherwise unavailable.

The inventor should identify potential funding sources in advance since IPRs can cost $500,000 or more.

If you are served, consider whether you can argue that the PTAB should not initiate an IPR because the allegations are immaterial, or that there are pending Federal proceedings or IPR(s).

Since about 30 percent of IPRs settle (more than half before institution) an early assessment of potential trial costs and likely outcome will help an inventor determine if, and when, to settle.

While legal challenges will continue and there may be legislative and other changes, the PTAB will be here for the foreseeable future. Statistically, the risk that any one patent will end up before the PTAB is small. However, there are several factors that may increase PTAB litigation risk including the inventor’s:

Thomas Jefferson, who himself was an inventor and sometimes called the first patent examiner, said that “knowledge is power.”  Knowledge of PTAB developments will empower an investor to better shape their IP and business strategy.

UPDATE 12/17/21: President Biden’s nominee to head the USPTO, Kathy Vidal, may modify PTAB rules for parallel proceedings before the PTAB and Federal courts, and the Fintiv factors for instituting PTAB hearings. She outlined her thinking in a written response to questions posed during her December 1, 2021 Senate Judiciary Committee confirmation hearing. For some additional insights on Ms. Vidal’s agenda please check out this post in IPWatchdog.

USPTO, Patent Trial and Appeal Board